"Challenges await first responders with no power and no cellular coverage—especially for the first groups to arrive at a disaster site. Hughes SatCell Connect eliminates that obstacle, making it easy and cost effective to connect when every minute matters."

A large federal agency responsible for supporting emergency response operations during natural disasters and crises. The agency coordinates response efforts with federal, state and local partners, as well as with relief organizations.

Communications are imperative for efficient and effective emergency response efforts, especially when multiple government agencies from federal, state and local jurisdictions and non-governmental organizations are involved. The operations teams follow a published primary, alternate, contingency and emergency (PACE) plan by coordinating actions to provide the most effective response. To execute the PACE plan, the teams require near-instant connectivity on location to assess risk and quickly coordinate response efforts among those on-site; connect with authorities and central command outside of the site; and enable military personnel and civilians alike to communicate with loved ones and quell panic.

Regardless of the number of agencies or organizations involved or how remote the incident, this customer is responsible for ensuring connectivity is available at the site as soon as possible. Circumstances are unpredictable as power may be out, wirelines may be down and even cell networks may be affected as they typically rely on landlines for backhaul from cell stations to the network core. Some first responders have relied on military band radios; however, they are limited in capabilities, require routine maintenance, are expensive to ship and are not interoperable across agencies.

The agency chose to deploy Hughes SatCell Connect to bring instant connectivity to any disaster location, powering both on-site communications and real-time situational awareness to incident commanders who may be miles away from the response efforts. 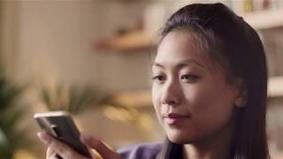 Why Does Satellite Work in Times of Natural Disaster?
3:00
Subscribe to Our Newsletter