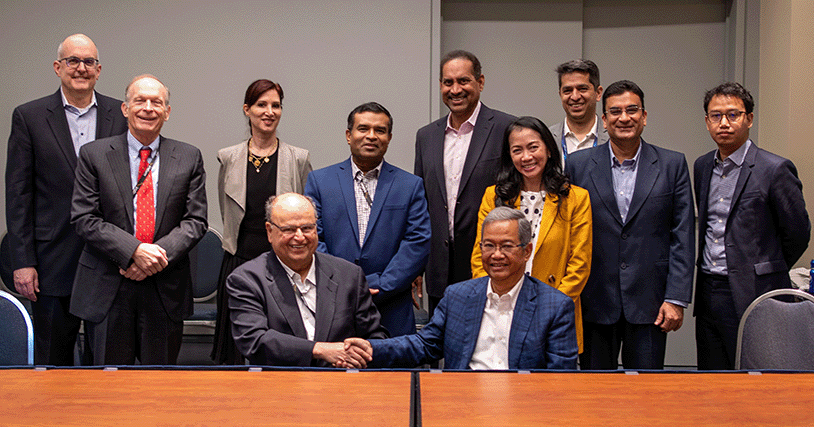 This award follows PSN’s earlier selection of the JUPITER System for the Satellite of the Republic of Indonesia (SATRIA), currently under construction, and the Nusantara Satu satellite (formerly known as PSN VI), now in service.

“With integrity and reliability, Hughes has been an essential technology partner to PSN for many years, helping us turn our ambitions for connectivity in Indonesia into reality,” said Adi Rahman Adiwoso, Chief Executive Officer at PSN. “We have put the JUPITER System to the test on several satellites, transforming satellite signals into efficient and cost-effective solutions that change people’s lives, and we will do so again with the Nusantara Lima.”

“Strong partnerships, like ours with PSN, are the backbone of our industry, and we genuinely appreciate the opportunity to earn their business and their ongoing trust,” said Ramesh Ramaswamy, executive vice president and general manager, International Division, Hughes. “It is a privilege to support PSN in their ongoing mission to connect the unconnected in Indonesia.”

In addition to choosing the Hughes technology as the ground platform for several satellites, PSN employs JUPITER equipment to light up Community Wi-Fi hotspots across Indonesia. The JUPITER System is the next-generation Very Small Aperture Terminal (VSAT) platform from Hughes, in use at more than half of all VSAT implementations worldwide. Widely considered the de facto industry standard, the JUPITER System enables software-defined satellite networking and virtualized, cloud-enabled network management for the highest possible performance and cost efficiencies.

For more information about the JUPITER System, please visit the Hughes website.