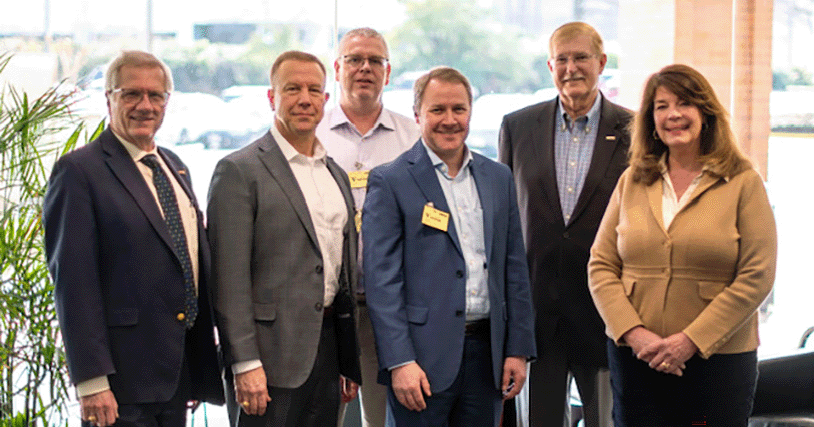 Germantown, MD, April 5, 2022 - Hughes Network Systems, LLC (HUGHES), an innovator in satellite and multi-transport technologies and networks for 50 years, today announced it signed a distribution agreement with OneWeb Technologies Inc., a wholly owned subsidiary of OneWeb, to deliver managed Low Earth Orbit (LEO) services to the U.S. Department of Defense (DoD). The agreement follows the launch of the industry’s first managed LEO satellite communications (SATCOM) network for the DoD, an implementation led by Hughes in the Arctic region for the U.S. Air Force Research Lab (AFRL).

“Our distribution agreement with OneWeb Technologies came together as we initiated LEO service for the U.S. AFRL in the Arctic region,” said Rick Lober, vice president and general manager, Hughes Defense. “With a proven implementation in the harshest of environments and live LEO network capability, we stand ready to deploy diverse, integrated SATCOM solutions for DoD across all domains, platforms and theaters worldwide.”

“Having Hughes as part of the LEO ecosystem is a testament to the value of our long-standing relationship, and Hughes with their inherent understanding of the OneWeb system, were a logical partner,” said Ian Canning, chief operating officer, OneWeb Technologies. “OneWeb Technologies is excited to support Hughes in their delivery of new capabilities to the U.S. Government. The combined experience of Hughes and OneWeb Technologies has enabled the DoD to experience low latency, high speed internet in latitudes above 75 Degrees North for the first time.”

Today’s agreement expands an established relationship between the two companies. Hughes, through its parent company EchoStar, is an investor in OneWeb. It is also an engineering partner to OneWeb, developing gateway electronics and the core module that will power every user terminal for the system. In September, Hughes and OneWeb announced distribution agreements in North America and India. In March, Hughes demonstrated a new electronically steerable, flat panel antenna technology for OneWeb services.