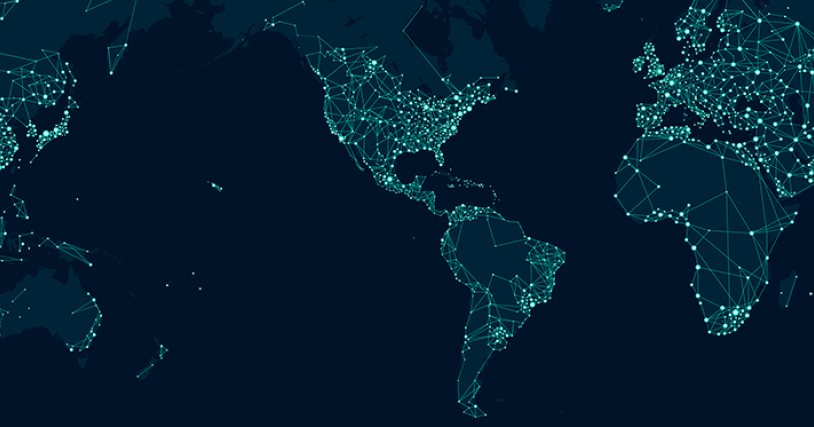 Most people in the satellite industry agree that the incorporation of adaptive coding and modulation (ACM) into the DVB-S standards was instrumental in driving efficiencies for the forward channel. With ACM, the combination of modulation and coding (or “MODCOD”) is optimized by individual remote terminal, resulting in significant bandwidth savings. Today, in fact, all major VSAT (very small aperture terminal) systems support ACM for the forward channel.

At Hughes, we’re taking the benefits of ACM even farther with ACM for the TDMA (time division multiple access) return channels.

With the latest JUPITER™ System Release 7.4, Hughes enables ACM for TDMA return channels. Hughes remote terminals, including the HT2010, HT2300, HT2500 and HT2600, which utilize linear radios and support QPSK, 8PSK and 16APSK modulation, can dynamically change transmitted MODCOD based on real-time feedback from the JUPITER gateway station demodulators. This feedback tells the remote terminal the optimal MODCOD combination, providing maximum bits per Hz (efficiency) while maintaining link availability. To support this, JUPITER System gateway demodulators can receive and process different MODCOD bursts within the same TDMA frame on a given channel.

There are multiple benefits associated with return channel ACM. This first is the increased efficiency that results from not having to set aside low efficiency MODCOD inroutes to support rain fade. We see efficiency gains up to 30% — with the largest gains for smaller networks.

In addition to greatly enhancing the user experience and simplifying network operations, there are other advantages of using ACM on the return channel, including:

Many of our competitors talk about “adaptive inroutes.” Don’t be fooled; they are not referencing anything like the ACM being implemented by Hughes. One competitor’s interpretation of “adaptive inroute” is to change the MODCOD of the return channel. That might be great for the one remote experiencing fade, however every other remote on the inroute will perform less efficiently.

Another interpretation of adaptive inroutes is to have remotes assigned to different inroutes to support the right MODCOD. Unfortunately, that means the operator must create and maintain multiple return channels to accommodate rain fades – which wastes bandwidth.

Hughes Helps Accelerate Rural Connectivity Across Colombia
Sep 24, 2020
The Simple Solution for Digital Inclusion
Sep 29, 2020
The Promise of Flexible Satellites
Oct 7, 2020
A Call for Spectrum Reform: An Issue We Can All Stand Behind
Oct 13, 2020
Mega-constellations, Multi-transport Networks and Managing the Hybrid, Connected Future
Oct 27, 2020
Related Posts

Preparing the Airline Industry for What’s Next

Satellite Delivers Essential Connectivity to Students and Teachers Around the World