What Is the Future of Satellite?

Pradman Kaul, president of Hughes, shares his thoughts on the future of connectivity.

Q. What can we expect the satellite industry to be like in the next 10 years?

A. A major change in the satellite business is the advent of NGSO satellites, or non-geostationary satellites, which span a wide range of sizes and orbital positions, including MEOs, GEOs and SmallSats. We have been in the geostationary (GEO) world for more than 50 years. But that world is changing. In the coming years, we will start to see hybrid networks where we have GEOs—like we are used to—complemented by Low Earth Orbit (LEO) and Medium Earth Orbit (MEO) satellites. With such a hybrid architecture, LEOs deliver ubiquitous coverage and low latency, while GEOs bring high capacity at the lowest possible cost wherever its needed—especially in exurban and rural areas with limited or no terrestrial access. We’ll then see the application decide whether the bits transmitted will go over GEO, LEO, MEO—or even over terrestrial technologies. All operating together, they will be very complex networks.

Q. What are the main drivers behind such changes?

A. Mobility applications already represent the primary way people connect to the Internet, and by 2030 will be the dominant driver. We talk about IoT, or the Internet of Things, with everything being connected as a network of networks. In 10 years, it will be an explosion of billions of connection points, with many of those being mobile. Aero, land mobile, maritime, even manpacks in the defense sector demand mobility, not to mention applications like self-driving cars and drone package deliveries.

That adds up to huge amounts of data and a large range of requirements for that data. You need a broadband super-highway to aggregate it all. Satellite networks of the future will be an indispensable part of that super-highway—where GEO, LEO and MEO converge with wireless– optimized to serve that need. Fiber does not compete at the access points directly because it does not have the ability to move with you, but it will be integral in the high-capacity backbone of the overall architecture.

Customers will also demand network solutions that are much more sophisticated. We’ll see networks that use the power of cloud computing to serve sensors and access points across a wide range of data rates. To achieve all of that, we must have more spectrum as applications grow—not only Ka- and Ku-band but V-, Q- and E-band—so we have plenty of bandwidth, plenty of bits in these networks to handle such large volumes of data. Spectrum is already a critical commodity whose value will only escalate as this world unfolds. 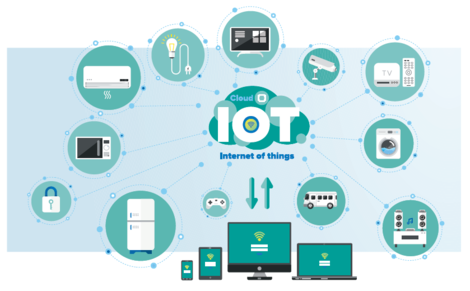 Q. What challenges do you see?

A. The challenges are in harnessing the technologies that will enable us to do these complex things. And that covers ever-expanding ranges of RF, optical, digital and software fields—from advanced components, to AI/ML functionality built into sophisticated subsystems such as software-defined radios and applications that learn to get smarter as they are used. A specific area to solve is the problem of affordable phased array antennas. Since the invention of VSATs over three decades ago, we’ve used mechanically steered parabolic antennas, which are relatively inexpensive but present a basic barrier to satellite mobility connectivity. Numerous developments are underway to develop an efficient and economical electronically steerable flat panel antenna that can be scaled to handle different volumes of data and power levels. We don’t yet have a sub-$100 or even a sub- $1000 phased array antenna we can put in someone’s home or in their car, but that will be a critical advance in order to open up many new opportunities.

Q. What does all of this mean for Hughes customers?

A. As a leading technology and services company our mission is to solve problems in useful ways. We have already begun tackling many of these challenges—recent examples being our new HT2000L multi-transport terminal which enables automatic switching between satellite and cellular/LTE services, and the ability to roam between JUPITER-powered systems. Both are required capabilities in a hybrid satellite/wireless network.

But customers shouldn’t worry about the technology. Their focus should be on whether they have the level of service and quality they need to keep their operations up and running, or to stay connected to family and friends no matter where. As we innovate for the future to support the emergence of hybrid networks, that is our priority. People should be able to stay connected in a seamless way and not even be aware as they move in and out of different coverage areas and technologies. When we achieve that ubiquitous connectivity—anywhere, anytime throughout the world—we will have achieved what the original visionary Arthur C. Clarke predicted in 1945. Born in the 20th Century and now flourishing in the 21st, satellite has indeed been a marvelous machine that’s made life for the better. But we are poised for even a more profound era ahead.

What Do We Mean When We Say, “Managed Services?”