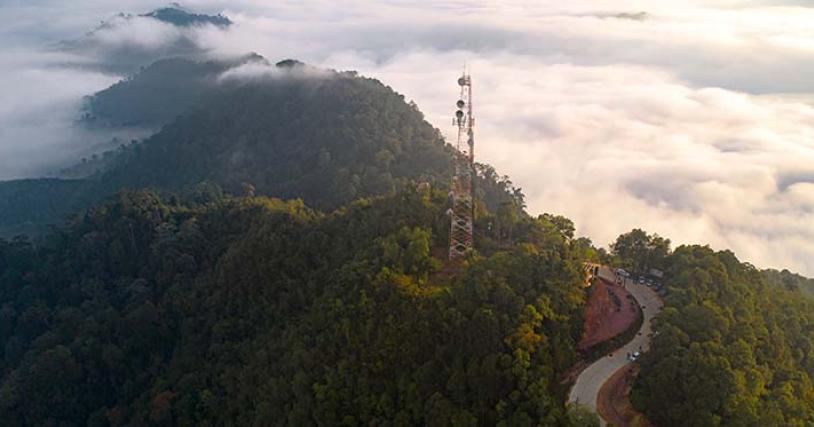 In the first ever Cell Backhaul Digital Week hosted by Via Satellite in late July, industry leaders came together to discuss the many ways satellite-based cellular backhaul is a critical way to help connect rural and remote communities. In a session focused on the needs of Mobile Network Operators (MNOs), featuring Dave Rehbehn, vice president, Hughes International Division, panelists explored common challenges and misconceptions, as well as the role of satellite backhaul in overcoming hurdles and driving connectivity in these hard to serve areas. Here, we recap highlights from the discussion.

What challenges do MNOs face?

Connecting rural and remote communities can be an expensive exercise and MNOs face numerous challenges when investing in their overall network infrastructure. Chief among them:

According to the experts, cell backhaul by satellite can help to address these issues. Mr. Rehbehn explained that the team at Hughes, “Views satellite backhaul as a key driver of connectivity, especially in areas like South America, because not all consumers have the ability to pay $40, $ 50, or $60 a month for a direct-to-home Internet service. That’s why we think cell backhaul by satellite makes sense in helping to connect the unconnected in these places.”

To illustrate, he pointed to BAKTI, the Indonesian telecommunications agency which administers a program using High Throughput Satellite (HTS) capacity to drive the cost of connectivity down. Through several operators, BAKTI delivers satellite connectivity to thousands of cellular and 4G/internet sites throughout the country – truly bridging the digital divide in Indonesia. The platform is able to support speeds over 300 Mbps to a cell site efficiently thanks to intelligent traffic acceleration and compression schemes. The Hughes solution is bringing high-speed connections to places where terrestrial connectivity cannot reach throughout the island nation.

What are some common MNO misconceptions?

MNOs often think satellite is too expensive to make good business case. Yet HTS has changed the paradigm of how much capacity can be deployed to a given location and, with that, decreased the cost of that capacity. The nature of HTS is very different from prior generations of satellite technology. For instance, years ago, a conventional satellite wide beam might provide coverage for a huge service area but it would support only about 80-100 Mbps of capacity. Today, with HTS, spot beams delivering 500 MB or more can target a much smaller service area for a much lower cost.

“You have the ability to deliver significantly more capacity at a much lower cost. The price per megabit is likely to continue to go lower. That’s really the key driver for demand,” Mr. Rehbehn said.

Another misconception raised is that MNOs believe satellite networks are complex. All communications systems, even fiber networks, are complex in their own way. An interesting technical aspect of the BAKTI implementation is that it uses Layer 2 transport so as to make the satellite backhaul appear identical to terrestrial backhaul connections managed by the MNOs.

What’s more, satellite backhaul can be packaged as a managed service, so an MNO can leave the details to the satellite experts, freeing them to focus on their own business and competencies. In fact, this approach means there’s no reason for the MNO to even deal with the satellite.

Why are analysts predicting a spike in demand for cell backhaul services?

Across the board, panelists saw the decreasing cost of bandwidth as the impetus to rising backhaul demand. As people grow accustomed to being connected everywhere, all the time, they are using more and more data. Further, more people use their handheld devices to access the Internet than use their home computers – another key driver for satellite backhaul.

In many ways, COVID-19 has strengthened the case for backhaul over satellite. With millions of people working from home, students participating in remote learning, and frontline workers caring for their communities from field hospitals, many depend on mobile phones for essential connectivity.

In addition to extending networks to rural areas, satellite backhaul can also serve as a backup to terrestrial backhaul. With consumers expecting ubiquitous connectivity everywhere they go, back-up networks are essential in ensuring network resiliency and reliability. Using satellite transport offers path diversity for MNOs to keep their customers connected all the time – even in the event of a terrestrial outage.

What impact will 5G have?

Many operators plan to implement 5G where 3G and 4G exist today. That will likely create even more demand for capacity at cell sites that are currently served by satellite backhaul – whether 3G, 4G or eventually 5G – owing to the long-term trend of more demand for bandwidth. As Mr. Rehbehn said, the world has been hybrid for a long time, with satellite always complementing terrestrial to reach rural and hard to serve areas.

“If you can get fiber that’s wonderful, but satellite exists because the whole world can’t get fiber. Like the conversation around 5G, it’s all about bringing broadband to users in remote areas.” That means satellite and cell backhaul will help MNOs open up new markets and business opportunities.

Beyond 5G, however, the core benefits of bridging the digital divide are clear; every 10% of internet penetration in an emerging economy can lead to a 1.2% increase in per capita GDP growth. That means improved education, stronger economies, and better community services and sense of belonging.

In this infographic, see where the Hughes JUPITER System powers satellite backhaul for more than 12,000 cellular sites across Africa, Asia and Latin America.

Preparing the Airline Industry for What’s Next