Set forth below is a table highlighting certain of EchoStar’s segment results for the three and six months ended June 30, 2016 and 2015: 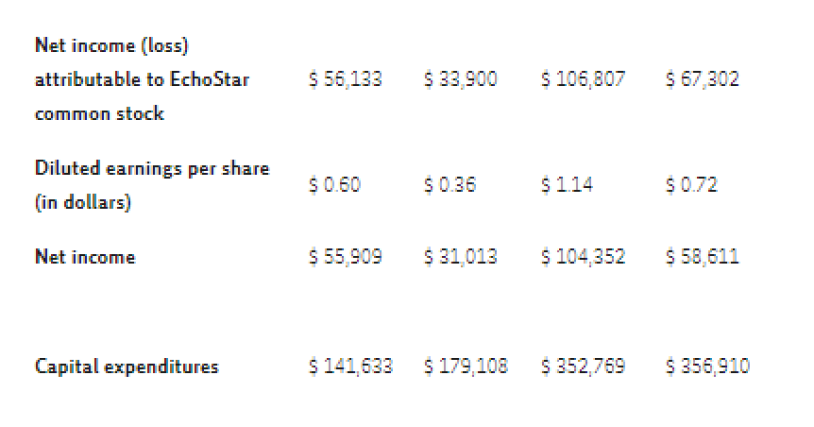 Note on Use of Non-GAAP Financial Measures

EBITDA is defined as “Net income” excluding “Interest expense, net of amounts capitalized,” “Interest income”, “Income tax provision” and “Depreciation and amortization.”  EBITDA is not a measure determined in accordance with US GAAP. This non-GAAP measure is reconciled to net income in the table above. EBITDA should not be considered in isolation or as a substitute for operating income, net income or any other measure determined in accordance with GAAP. EBITDA is used by our management as a measure of operating efficiency and overall financial performance for benchmarking against our peers and competitors. Management believes EBITDA provides meaningful supplemental information regarding the underlying operating performance of our business. Management also believes that EBITDA is useful to investors because it is frequently used by securities analysts, investors, and other interested parties to evaluate the performance of companies in our industry.