The most efficient, highest capacity satellite in orbit might promise gigabits per second of bandwidth – but if users in offices, homes, airplanes and ships cannot access the service, all that throughput is all but useless. Making the most of the precious resource that is satellite capacity requires a ground network system that turns that capacity into the highest performing and bandwidth possible. A typical ground system includes:

Hughes manufactures its own terminals at a factory outside of Washington, D.C. Having delivered millions of terminals to customers across six continents, accounting for more than 50% of the global market share, Hughes undisputedly leads the industry in ground network systems. What’s more, the company’s JUPITER™ System ground network sets the de facto standard for broadband satellite implementations worldwide, operating on more than 40 conventional and High-Throughput Satellites and powering the largest satellite broadband network in the world, HughesNet®. 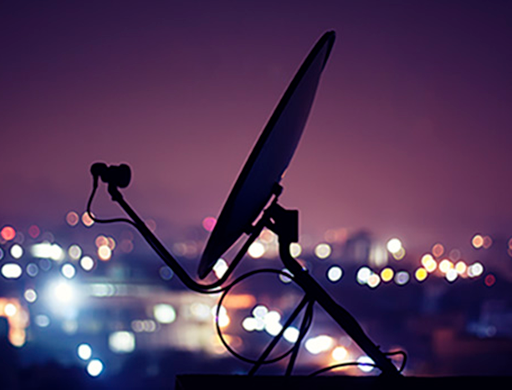 Hughes offers several proven ground network systems: the industry-leading JUPITER System and the HX and HM Systems, with robust network management systems and a variety of gateways, and a wide range of mobile satellite terminals.