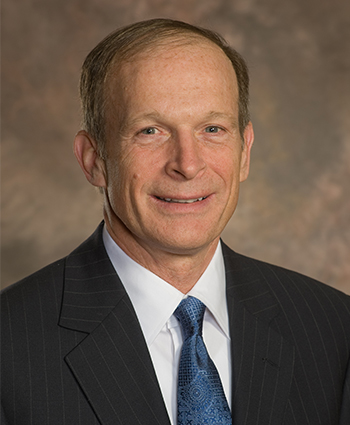 Paul Gaske is the executive vice president and general manager for the North American Division at Hughes Network Systems, LLC (HUGHES®). Focusing on broadband products and services, the division operates the largest satellite broadband network for consumers in the U.S. with over 1 million consumer and small business subscribers. Hughes is also the leading provider of broadband satellite solutions for medium and large businesses as well as for government.

Mr. Gaske joined Hughes in 1977 and has held a variety of engineering, marketing, and business management positions throughout his career, including vice president of marketing of Hughes’ International Satellite Division. His main focus in recent years has been launching broadband satellite services for business, government, and consumer markets.

Mr. Gaske holds a Bachelor’s degree in Electrical Engineering from the University of Maryland and a Master’s degree in Computer Science from Johns Hopkins University in Baltimore, MD. He is a member of the Institute of Electrical and Electronics Engineering (IEEE), a published author on satellite networking technologies and markets, and the holder of numerous patents in satellite communications and broadband networking.