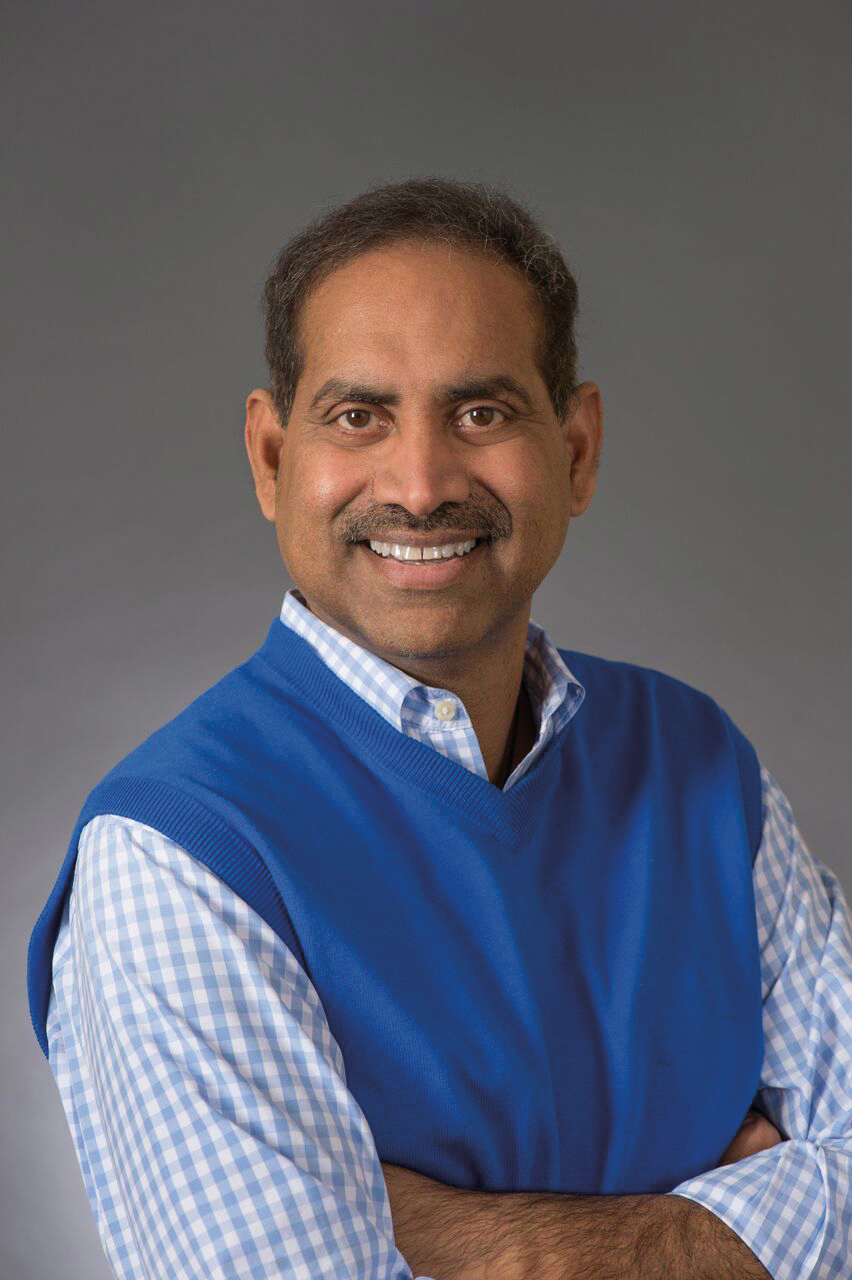 In this issue, we speak to Ramesh Ramaswamy about Hughes many successes in international markets over the past year and its plans for the future.

Q. This issue’s theme is “Powering a Connected Future.” Can you talk about the importance of Internet access to economic and social development around the world?

The World Bank has published several reports showing that an increase of just 10% in broadband penetration increases a country’s Gross Domestic Product (GDP) by nearly 2%—a staggering statistic. The United Nations has even noted that broadband access is now essentially a human right. And beyond economic benefits, the social impact Executive Corner Ramesh Ramaswamy Senior Vice President and General Manager, International Division of broadband is also well understood, from better educated kids in school, to telemedicine, emergency preparedness/ response, online banking, and virtually all government services to citizens, not to mention keeping our families and friends connected. That is especially true in rural areas, because broadband access increases a community’s ability to join the mainstream economy.

Q. What does that mean to Hughes and our customers?

You can see it in how peoples’ lives change for the better. When an area gets connectivity and access to information, people can pay bills, apply for passports, get land records, or download e-training courseware—which is a major driver in emerging economies, such as India, where half the population is under 30 years old and many want to improve their education but can’t afford to leave their towns or villages. Broadband is all about the opportunities it opens up no matter where people work or live. For Hughes, this demand translates into more business to supply the systems that enable broadband services, and in delivering those services—whether directly as with our leading HughesNet® high-speed satellite service, now with over 1.2 million subscribers in the Americas, or indirectly, through partnerships with leading operators around the globe.

Q. How is Hughes making access more available and affordable through solutions such as community Wi-Fi?

The latest generations of High-Throughput Satellite (HTS) technologies, such as our JUPITERTM System, have brought the costs of broadband access in exurban or rural areas to the $50 to $60 a month range—which is affordable for a family living in a developed economy.But clearly, that single user per VSAT model is too expensive in an emerging economy internationally. To overcome this challenge, Hughes has innovated several alternative access models. One is satellite backhaul of cellular, where our solution makes it cost-effective for a mobile operator to build out wireless base stations in lower density and rural areas, which would otherwise be prohibitively expensive, using terrestrial backhaul, such as fiber, cable, or microwave. The consumer is then able to get affordable mobile broadband using their various cellphones and devices. A second way is community Wi-Fi. In this scenario, a single high-performance VSAT provides access to tens or even hundreds of customers over a Wi-Fi access Cloud, connecting traffic over a satellite link to the Internet. In both cases, the cost per subscriber becomes affordable even in low-income-percapita economies.

Q. Can you talk about the importance of our International Partners to Hughes success?

This network is fundamental to Hughes strategy and our success. Our strategy has always been to have a healthy mix of services and systems revenue, whereby service demand drives equipment sales, from which we learn how to improve features and lower costs to further fuel the service business. In that way it’s a virtuous cycle. As we expand into more International markets, we supply our operator partners with the latest technologies and share our service know-how in a win-win way. It’s a formula that has worked for us in the past and is now being further fueled by deployment of HTS systems globally.

Q. Last year saw a long list of major achievements around the world for Hughes. What were the most notable international accomplishments?

First, you have to look at one of our biggest successes—our consumer broadband service in the U.S.—and the ways we’ve been able to extend it into international markets, from both a wholesaler and retailer perspective. Last year, we consolidated our broadband services provisioning in Mexico through our wholesale partner, Star Group, who is using our JUPITER™ System and EchoStar XIX satellite to deliver broadband to all of Mexico. Then, through our Brazilian subsidiary, we extended our HughesNet consumer services in a retail model, replicating what we do in the U.S. That’s been a tremendous success, which we’ve built on last year with HughesNet in Colombia, and set the stage for it in Chile, Ecuador, and Peru later this year. Our JUPITER System continues to power major programs around the world. For example, the India Ministry of Petroleum employs it to provide connectivity to thousands of gas stations across the country, while rural banking is growing exponentially with satellite-enabled ATMs flourishing in villages and towns nationwide. In the Africa region, Global IP chose Hughes to deliver a JUPITER System to power services over a new HTS they’re launching with 150 Gbps of capacity. And we were selected to connect 267 systems around the world for a nuclear monitoring system. Across all market sectors— enterprise, consumer and government—2017 was a banner year for Hughes.

Q. How does Hughes differentiate itself to win system sales?

We are committed to providing the highest quality, most cost-effective and scalable systems and technologies, together with sharing our services’ know-how to power the success of our customers. This is what sets us apart. Whether through advanced bandwidth management or other technologies that translate into more services at lower cost, or through innovative network support for lights-out operations, this combined technology and services leadership is indeed our competitive edge.

Q. How has the JUPITER System helped Hughes maintain market leadership of roughly 50%?

It starts with the throughput and efficiency performance of the system. We were the first to market with DVB-S2X— widely recognized as the most efficient standard for the outroute. Recently at the SATELLITE 2018 show, we demonstrated live, a single JUPITER HT2000 remote terminal delivering more than 200 Mbps of data—about double the throughput performance of the closest competitor. And we continuously enhance the system with new features and capabilities—often applying lessons learned from our own service business; for instance, we are introducing a new inroute access scheme that will significantly improve response times for encrypted Web traffic.

Q. What are the company’s short-term, as well as long-term, strategic goals for international markets for 2018 and beyond?

We will continue to build upon the success of HughesNet in the Americas and expand into Panama, Costa Rica, Chile, Ecuador and Peru, all powered by the JUPITER System. We also plan to aggressively grow our successful HughesON™ Managed Network Services globally, bringing enterprises and governments seamless, end-to-end solutions, including SD-WAN across the most cost-effective mix of technologies whether terrestrial fixed, wireless or satellite. And we’ll continue to provide JUPITER System technologies to a growing family of leading operators around the world. It’s heartening to see the strategy we envisioned play out so well. Our ability to leverage services and technologies we’ve perfected in the market and to work with partners we respect and trust means we are extremely well-positioned going forward.