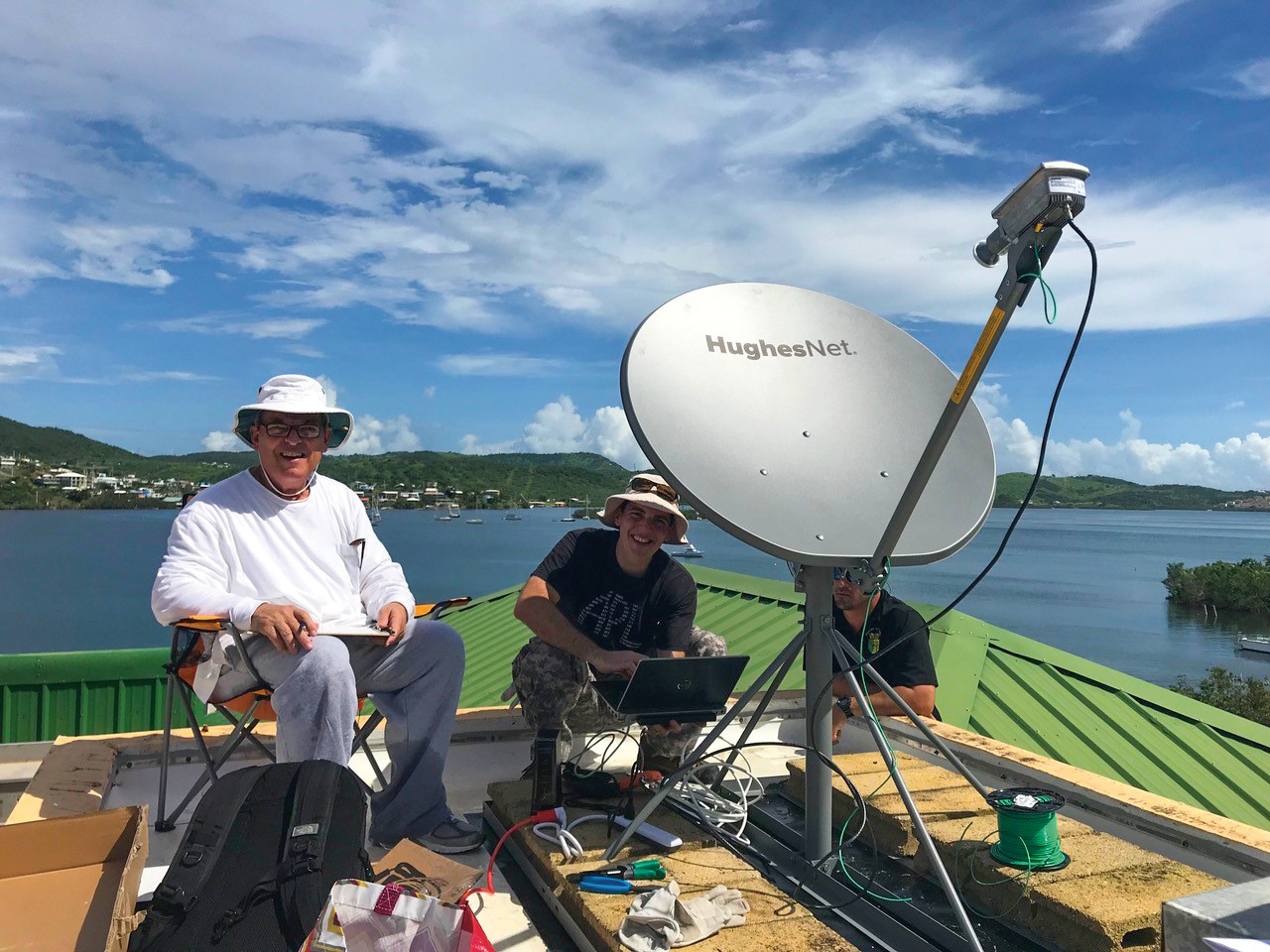 In March 2018, Tony Bardo, assistant vice president of Government Solutions at Hughes received a Fed100 Award for leading an extraordinary effort to re-establish critical communications in Puerto Rico and the U.S. Virgin Islands (USVI) following the devastation of Hurricanes Irma and Maria. In its 29th year, the Annual Fed100 Awards are among the most prestigious celebrations of exceptional individuals—both from industry and government—who drive federal IT accomplishments.

Bardo led the Hughes team during a chaotic and critical time of desperate need. Puerto Rico and the USVI had been completely knocked offline with no power and 2,400 miles of transmission lines destroyed. Bardo’s team showed unprecedented resolve in overcoming several logistical obstacles and challenges to deliver critical satellite communications capabilities to the government after terrestrial-based infrastructures were crippled.

The massive effort was made more challenging due to major transportation hurdles. Finding reliable shipping (to and around the island), housing, storage, food, and supplies was no easy feat in the first month following the storm. Bardo’s team, including Deb Chowdury’s program management group, worked 7 days a week with numerous people, companies, agencies, and nonprofit organizations to facilitate the relief and recovery mission by establishing reliable communications capabilities. Hughes involvement in these ongoing recovery efforts will continue for the foreseeable future based on the magnitude of destruction from the storms.

Bardo has over 36 years of experience supporting government telecommunications, and during his 15 years at Hughes, much of it has been related to emergency preparedness and response. He has unabashedly leveraged the company’s engineering and network operations resources to deliver much needed solutions during some of the biggest disasters on record, including Hurricane Katrina and Superstorm Sandy.

Connecting Dreams with HughesNet in Ecuador