Internet access is a major factor in creating economic and social development in remote areas by connecting peo-ple to knowledge, capital and markets. Yet only 2.7 of the world’s 7 billion people have access to high-performance Internet service, leaving 4.3 billion uncon-nected to a resource with enormous transformative power, according to a 2014 Deloitte report.

Hughes Network Systems and the Internet Service Pro-vider Pegaso Banda Ancha, a subsidiary of Mexico’s Grupo Pegaso conglomerate, have teamed up to extend high-speed Internet and Wi-Fi access to more than 5,000 loca-tions in Mexico’s rural areas through a high-performance satellite broadband network.

Mexico is one of the countries where the landline Inter-net infrastructure’s limits contribute to the oft-cited “digital divide” between communities with adequate Internet access and those without. An estimated 26 million people in Mexico’s rural areas have little or no Internet access often because they are too far away from the wired Internet or in mountainous areas that are difficult to reach.

The country’s Secretariat of Communications and Trans-portation (SCT) is attacking the obstacles of distance and terrain through a national satellite Internet program de-signed to provide broadband access to more than 100,000 people in Mexico’s rural regions. Locations include rural schools, hospitals, universities, parks, government develop-ment and disaster prevention agencies.

The SCT selected Pegaso Banda Ancha from among sev-eral Mexican ISPs vying for the job. The SCT needed an ISP with the technical experience to provide the maximum cost-benefit ratio while connecting 5,000-plus sites in remote locations in just four months. Pegaso Banda Ancha com-bined a strong commitment to social development with more than 15 years of experience providing satellite con-nectivity to large companies and government organizations.

Pegaso Banda Ancha operates thousands of remote sat-ellite broadband stations in Mexico and also provides Inter-net access in the U.S., Central America and the Caribbean. The SCT provided Pegaso Banda Ancha with 278 MHZ of bandwidth on its Bicentenario satellite to service the 5,000 locations.

Pegaso Banda Ancha chose Hughes’ JUPITER™ high-throughput gateway and VSATs to connect facilities at all 5,000-plus locations to the Internet. The JUPITER system’s modular design offered a cost-effective, future-proof plat-form that provides high performance on today’s Ku and C-band satellites plus a migration path to next-generation high-throughput satellites.

JUPITER’s efficient bandwidth use and 20 percent more capacity than competing solutions made it ideal for con-necting such a large numbers of sites over a vast area in a short time window. Other capabilities that helped Pegaso Banda Ancha implement the sprawling project on time and at cost include:

The Hughes JUITER system has helped the Mexican gov-ernment toward its goal of providing Internet and Wi-Fi service to 100 percent of the country’s rural schools and municipalities. JUPITER VSAT terminals are currently imple-mented at 5,062 sites in 362 municipalities in 29 states. They are managed through Pegaso Banda Ancha’s Toluca network operations center.

Students and teachers in the 362 communities now have broadband Internet access through their schools and uni-versities. Doctors and health officials use satellite broad-band to connect to clinics and regional medical centers, while libraries and community centers are offering Internet service to the public for personal use. 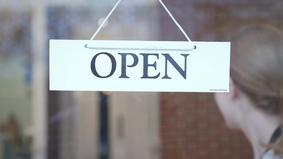 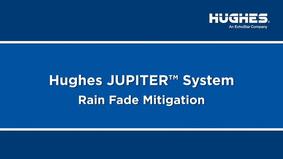 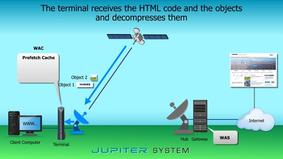 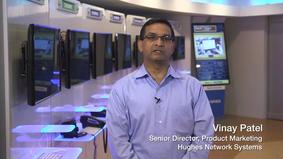