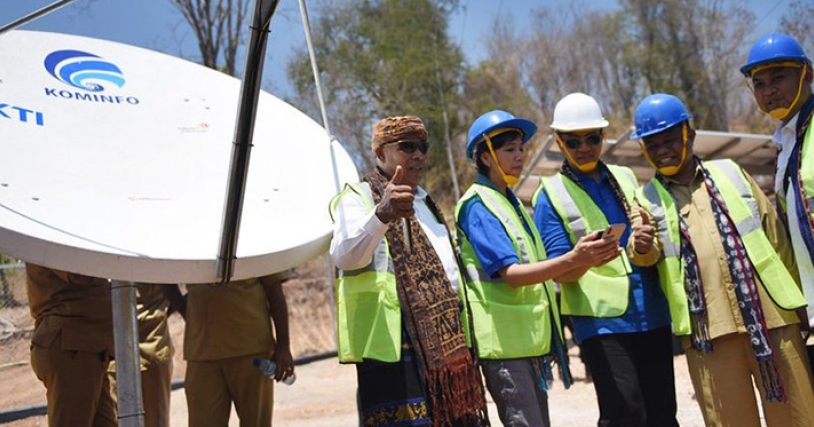 There are roughly 7.6 billion people in the world, with nearly 4 billion of them connected to the Internet. That adds up to a vast digital divide that leaves 3.6 billion people without connectivity. According to the National Digital Inclusion Alliance (NDIA), digital inclusion refers to those activities necessary to ensure that all individuals and communities have access to communications technologies, most notably affordable, robust broadband Internet service and the devices they need to connect. Digital inclusion requires intentional strategies and investments to reduce and eliminate the barriers to access and technology.

For decades, studies have shown consistently that individuals who have access tend to have more opportunities than those who do not. The peer-reviewed journal, First Monday, recently outlined the many ways the COVID pandemic is exposing even more digital inequalities – from older adults who are becoming further isolated to students at a greater disadvantage during remote learning.

“To address issues of digitaI inclusion, many governments are exploring how universal service obligations, or USOs, can be used to ensure all citizens in a country have access to the Internet,” said Dave Rehbehn, vice president at Hughes. “It’s no longer a nice-to-have but essential to everything from telework, to remote education, to accessing government services.”

USOs outline a set of requirements for citizens to receive a minimum level of service at a reasonable price. Policymakers and governments turn to USOs when there is a concern that without such requirements, service disparities or high prices might widen the divide even more. We are most familiar with the USOs in place for utilities and telecommunications. Yet clearly, USOs make sense for broadband because of the technical limitations of data transport in traditional telephone lines, and the fact that many areas still lack terrestrial infrastructure, like fiber or cable. Many places around the world will never see terrestrial infrastructure because the terrain is too challenging, and deployments would be too costly.

Yet, satellite broadband can make connectivity in such areas possible. While cost to build out terrestrial infrastructure multiplies exponentially the farther from the network core, satellite has the advantage that cost of delivery is independent of location.

“High Throughput Satellites with spot beams can deliver 500 MB or more in a much smaller service area, so you have the ability to deliver significantly more capacity and, related to that, a much lower cost,” said Mr. Rehbehn.

For all of these reasons, USOs that include satellite broadband can help connect the people who need it most, especially in hard-to-connect rural and remote areas. In some countries, governments subsidize the installation of satellite very small aperture terminals (VSATs) at peoples’ homes. In others, they sponsor Community Wi-Fi hotspots in centrally located public spaces, where Internet access can be made affordable and available for neighborhoods, schools or offices. In some models, the government might make access available to citizens who pay a monthly service fee; or citizens may purchase prepaid access from a shopkeeper who provides on-site Wi-Fi. VSATs take just a few days to arrive and are easy to install—making it possible to connect a community within days, if not hours.

Examples of this kind of USO implementation using satellite broadband stretch from Asia-Pacific to Latin America. One example is Indonesia, an island nation that faces great difficulty when it comes to wiring all 17,000 of its islands. While not economically viable for the Indonesian Ministry of Communications and Information to install a dedicated link to every home, it did make sense to deploy cellular backhaul and Internet access sites using over 7 GHz of satellite capacity across multiple satellites. In this instance, five different service providers are employing the Hughes JUPITER™ System to implement the backhaul and Internet sites, bringing connectivity to Indonesians in areas outside the reach of terrestrial networks and to connect government offices and community centers. To date, 5,000 of 8,000 planned sites have been connected.

In another example, Hughes is connecting more than 5,000 schools in Brazil, starting with 1500 over the next year and a half, with satellite broadband for in-school and remote learning as well as community Wi-Fi access outside of school hours.

In Mexico, through our project with Telecomm Mexico, Hughes is connecting 4,000 sites to provide free connectivity to government users along with a paid service option for consumers. And in Colombia, the government recently launched a new initiative to provide high-speed Internet hotspots across rural regions, implemented by Speedcast, which selected Hughes to power over 150 sites with our Ka-band capacity. All of these are ambitious examples of how governments are leveraging USOs – along with the power of satellite technologies and services – to achieve digital inclusion and narrow the divide.