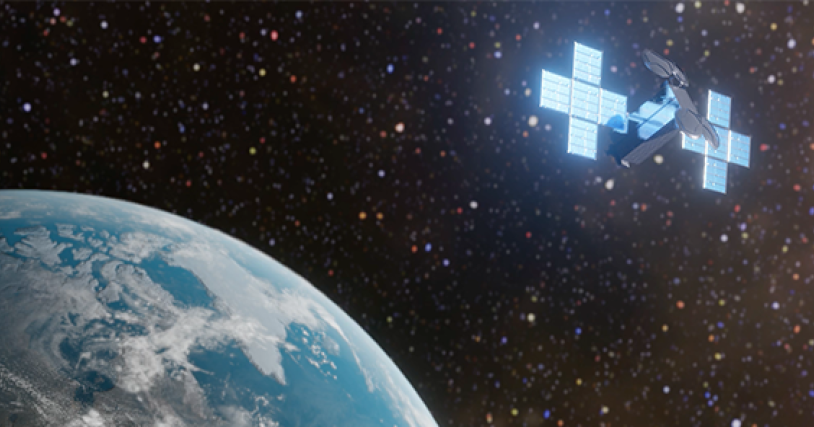 This year marks half a century of innovation at Hughes. To celebrate this major milestone, we’ve partnered with Via Satellite to identify the defining moments that shaped the satellite industry over the last 50 years, as well as explore where we’re headed in the next 50 years. Here we highlight five of those moments – one from each decade – that shaped our company history.

1970s: Telesat selects Hughes to build a TDMA system
This landmark deal was engineered by none other than Pradman Kaul, current president and CEO of Hughes. The bid was chosen over more experienced and expensive competitors to build a TDMA system to deliver better and more efficient services to customers throughout Canada. It was a breakthrough deal for a young company and paved the way for TDMA to become a global standard in satellite communications.

1980s: Walmart becomes the first enterprise customer
Satellite played a key role in driving Walmart’s early success, enabling the company to check inventory, track sales and monitor new products on a national scale. The groundbreaking two-way VSAT system developed for Walmart was the beginning of a new era for Hughes and helped make satellite more mainstream than ever.

1990s: HughesNet is born
Applying satellite technology to the Internet led to the development of the first consumer satellite Internet service-- a game changer that reduced file download times from an hour to only 90 seconds. This service evolved into what we now know as HughesNet and shifted the company from just an equipment supplier into being a carrier, as well.

2000s: SPACEWAY-3 changes the business yet again
As the first modern-era telecommunications satellite, SPACEWAY-3 had five times as much capacity as other satellites, could switch and route broadband traffic, and provided a more flexible way to manage capacity and deliver bandwidth services on demand. It was designed for optimal data networking and when it entered service, it single-handedly doubled the world’s available Ka-band capacity supply.

2010s: JUPITER 1 launches next-generation satellite Internet service
Building on the success of SPACEWAY-3, the JUPITER-1 high-throughput satellite was even more powerful and became the cornerstone of HughesNet Gen4 fourth-generation satellite Internet service. This enabled Hughes to offer data allowance plans for commercial customers and custom versions for government customers. It also led to the launch of emergency services to provide critical network connectivity during a disaster.

2021 not only marks 50 years of Hughes, but also 35 years of Via Satellite and 40 years of SATELLITE bringing the community together. For more about these three special anniversaries and defining moments that have shaped the satellite industry, join the journey as we celebrate innovation then, now and into the future.

Seven Hughes Execs to Speak at Much Anticipated SATELLITE 2021 Event

The Divide Podcast: The role of satellite broadband in closing the digital divide