Helping Change Lives for the Better through the Power of Connectivity 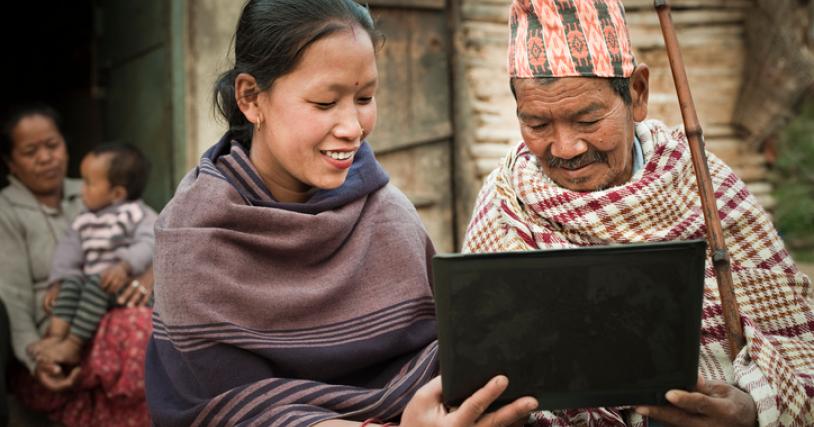 Hughes, an EchoStar Company has been named to Fortune magazine’s 2018 Change the World list. According to Fortune, the recognition comes from:

…doing what so many great companies do: trying to fix something that needs fixing and trying to turn a profit while doing it. Indeed, businesses around the globe manage to accomplish both of these things—they do well by doing good—every day...

For Hughes, that “something that needs fixing” is the global digital divide. It’s no secret that there is a huge disparity around the world among those that enjoy and benefit from digital connectivity and the nearly four billion people that lack Internet access – now considered a basic human right according to the United Nations. And before one dismisses this as a “third world problem,” it should be noted that there are as many as 18 million households in the United States alone that are unserved or underserved by terrestrial broadband.

Hughes is committed to bridging the global digital divide by bringing Internet connectivity to underserved communities around the world.

In remote villages from Russia to Peru, mobile network operators use Hughes satellite backhaul solutions to expand their cellular/Wi-Fi services in areas which otherwise would be left unconnected.

And satellite delivers in times of disaster. During one of the worst hurricane seasons on record, Hughes equipment and capacity connected first responders and residents in Texas, Puerto Rico and the U.S. Virgin Islands.

Pradman Kaul, President and CEO of Hughes, says it best:

From building networks for businesses that drive the global economy, to helping people access greater educational opportunities, to providing vital communications in times of disaster, or simply by delivering high-speed Internet access to communities that otherwise would be unconnected …our work truly helps change peoples’ lives for the better, which is what drives all of us at Hughes every day.

The Divide Podcast: The role of satellite broadband in closing the digital divide

Upcoming 3GPP Release 17 to Include Satellite in Global 5G Standard