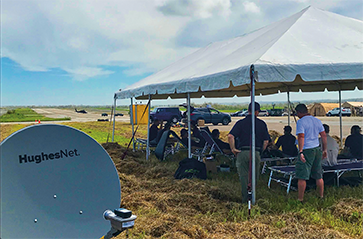 The Divide Podcast: The role of satellite broadband in closing the digital divide
Jul 22, 2021
Saving Space: How Sustainability Standards Can Protect the Industry and Our Planet
Aug 16, 2021
Emergency Preparedness with Tony Bardo on FedScoop Radio
Aug 20, 2021
Seven Hughes Execs to Speak at Much Anticipated SATELLITE 2021 Event
Aug 23, 2021
Vessels of all Types Use JUPITER System for Land-like Connectivity at Sea
Aug 25, 2021
Related Posts