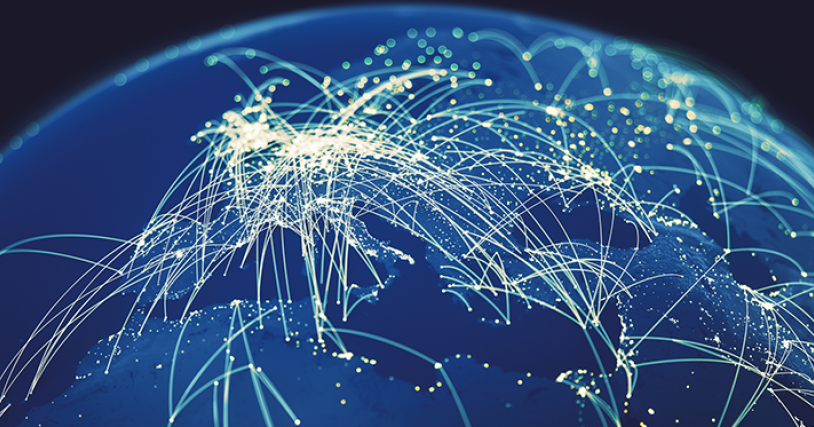 In May 2019, Eutelsat Communications selected the Hughes JUPITER™ System to enable services on its KONNECT new-generation High-Throughput Satellite (HTS) for Western Europe and Africa. The Hughes role was to supply a significant part of the ground network system for KONNECT, which launched in January 2020, for an entry into service later in the year.

Then COVID hit. And the Hughes teams – from Manufacturing and Operations, Network Engineering, Software Engineering and Hardware engineering – faced a sizable problem: how to test and deploy this ground network in a remote environment. With Eutelsat teleports in Turin, Cagliari, Madeira and Rambouillet and partners hosting equipment in four other teleports spread throughout Europe, Hughes staff in the U.S. and elsewhere, and Eutelsat offices worldwide, coordination for the KONNECT effort would span time zones and lock downs.

Eutelsat’s Ka-band KONNECT satellite is designed to deliver direct-to-user consumer and enterprise broadband services and will also be used for community networks connected to Wi-Fi hotspots. It is one of the most advanced international networks utilizing JUPITER System technology from Hughes, including the latest software with new advanced features specified with Eutelsat. This JUPITER deployment supports such new features as:

“As 2020 began, many of the gateway deployments were underway. Unable to travel to Europe to advance on the project as previously planned, we needed to determine how to test new capabilities remotely from the engineering labs, and enable Eutelsat to witness, approve and sign-off on the testing,” explained Archana Gharpuray, Vice President, Software Engineering at Hughes. That involved multiple acceptance test phases, including factory acceptance, site acceptance, over-the-air, and feature tests.

The Hughes team first simulated and rehearsed the tests remotely on Hughes platforms. With most of the staff working from home, team members were able to collaborate effectively across the organization, using Microsoft Teams to carefully plan resources.

“We were building the racks in unprecedented circumstances, with staging and development from both the hardware and software engineers,” she explained. “It was an outstanding effort in field deployment by our network engineering team, shouldered throughout the process by the Eutelsat teams and their partners, who worked hand-in-hand with us every step of the way.”

Despite the hurdles that came with 2020, a united front and a “can do” spirit from both Eutelsat and Hughes shone brightly. And by November, Hughes delivered one of the world’s most advanced and powerful networks.

5 for 50: Milestones in Mobility