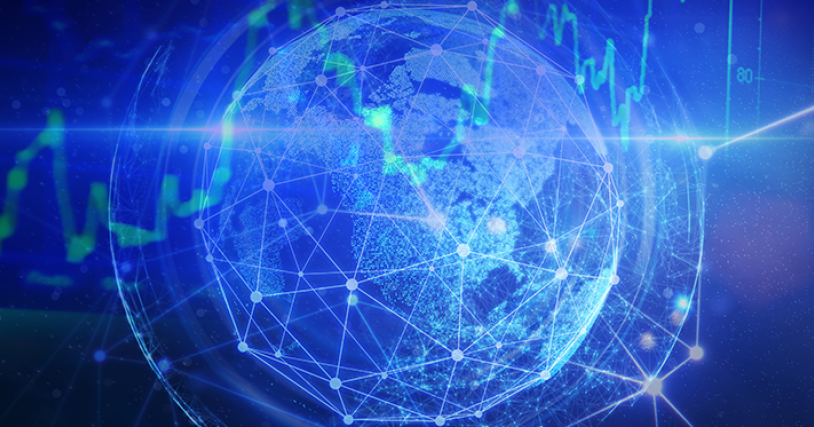 Recently, Space and Satellite Professionals International (SSPI) hosted a livestream event on Leadership in Turbulent Times. One session explored the question “Who gets to keep the first trillion dollars in the space economy?” Paul Gaske, EVP and GM of Hughes and an SSPI Hall of Fame member, along with three panelists named to SSPI’s list of “20 under 35” visionaries shared their insights and predictions.

According to a 2018 report by Morgan Stanley, the space industry has the potential to become a $1.3 trillion market by 2040. The question posed to panelists was: How will that happen?

Reaching the $1.3 trillion mark, they said, will likely look traditional in terms of space missions, which include communications, imagery, and navigation applications. Additionally, some market segments, like Low Earth Orbit (LEO) smallsats will continue to mature. From 2019 to 2020, during a pandemic year, the number of smallsats deployed increased from 385 to nearly 1100 – a boost of 35%, driven largely by the efforts of companies like OneWeb. As these companies move past their infancy and complete their full constellations, their contributions to the space economy will rise dramatically.

Another significant area of growth Mr. Gaske highlighted will be when countries pursue civil defense or military defense applications in space. “That will be a big multiplier to drive the space economy when you start to see many countries trying to achieve the same goals at the same time.”

Panelists agreed that governments have an essential role in funding initiatives and partnering with private enterprises to support required innovation. Governments can afford more risk and are less constrained by return-on-investment calculations, and therefore will lead the way in the early days. Once an innovation is proven, the private sector can take over and commercialize opportunities.

Mr. Gaske noted that while communications capabilities will be a business mainstay, there are clear signs of emerging industries. Take the tourist industry, for example.

“If you’re very, very wealthy you can anticipate going to space to hang out for a few laps around the earth,” he said. “Ultimately, you can imagine people setting up hotels in space. Over time, as launch costs come down – which of course is late-stage development – those opportunities will become available to the less wealthy.”

Such predictions stem from looking at what is being done in science and manufacturing, including the focus on producing weightless polymers and other innovations to decrease launch costs. As space-based travel becomes more affordable and accessible and barriers to entry are removed, the industries of tomorrow can jump into the market.

Space technology is used in all aspects of everyday life, be it for weather forecasts, or GPS, or mobile phones. Since growth will be based on ideas and innovation, there’s no real limit to how big the market can be, said Daniel Alvarez of Boeing.

Another point made by Brittany Zimmerman of Yummet is that we need to consider the space around earth and the opportunities it presents. That might include solutions or services to help with orbital debris or repairing satellites in orbit, to mitigate space junk and lessen the need to replace satellites.

So, what will it take for space to become a trillion-dollar economy? Unleashing future possibilities for space applications first depends on resolving the spectrum battle.

“There’s a big fight between terrestrial, cellular and space folks over which spectrum bands get used for which applications. To make space a viable place to operate, satellites need to be able to communicate to the ground and that requires spectrum,” Mr. Gaske said.

Assuming there are ample bands assigned for space applications, panelists agreed there are several potential multi-trillion-dollar industries, including space colonization, asteroid mining, and space-based power solutions (such as beaming solar power down to earth). While these ideas may seem like science-fiction, we are already able to land on Mars and on asteroids today – and it hasn’t been all that long since the Wright Brothers took their first flight.

As we put more people in space, our ideas about what we need will evolve swiftly, Mr. Alvarez noted.  “Only when we are up there will we be able to tell what’s needed. In space and across all industries, there are people willing to continually innovate and push the boundaries of what technology can do” to make our lives better.

And many of them work at Hughes.

Innovations that Changed the Industry: The Two-Way VSAT