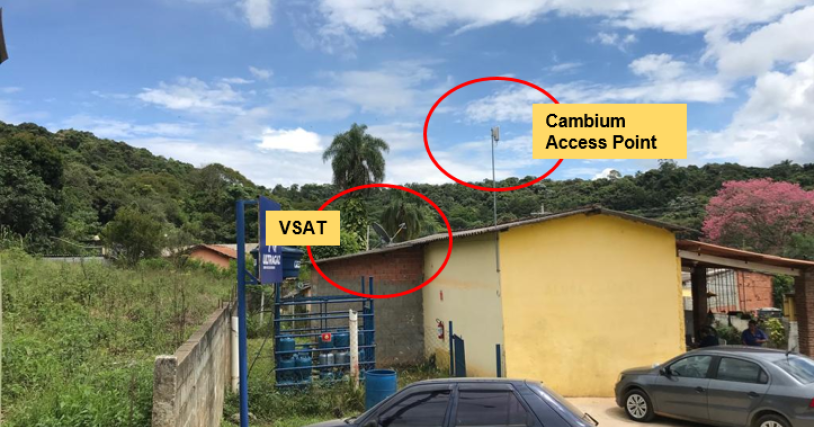 Hughes has connected the unconnected with shared Wi-Fi solutions for more than a decade. Recently, we announced new Community Wi-Fi projects that form some of the 32,000 Hughes satellite-enabled hotspots enabling connectivity for more than 25 million people around the world. “Community Wi-Fi” is Internet access offered over a Wi-Fi Hotspot that anyone with a Wi-Fi capable handheld or laptop can use, either on a prepaid or government-subsidized (USO) basis.

In Russia, two Hughes customers, Altegro Sky Group of Companies and KB Iskra use a Home/SMB Community Wi-Fi solution to provide Internet connectivity to more than 300,000 people across the Far East, Siberia, Central, Ural and Caspian/Volga regions. Home/SMB Community Wi-Fi is Internet access that any home or small business within range of the Wi-Fi signal can use (typically on a prepaid or subscribed basis).

In Indonesia, Hughes customer PSN has deployed more than 2,000 Community Wi-Fi Hotspots to provide Internet connectivity for more than 1 million Indonesians. The service is offered by a local merchant or retailer who installs a VSAT and Wi-Fi Hotspot on their premises, then sells Internet access to the public at an affordable, per-use price.

For operators and governments working to bridge the digital divide, a satellite-enabled Community Wi-Fi solution from Hughes quickly and easily enables Internet service to hundreds of users at a time. Whether offering service under a Universal Service Obligation (USO) or through a shared subscription model, the Wi-Fi Hotspot, combined with High-Throughput Satellite backhaul, makes expanding Internet access affordable for governments and providers seeking to reach unserved and underserved communities. Watch the replay of our recent Webinar with Via Satellite and NSR to learn the Three Keys to Success with Satellite Enabled Community Wi-Fi Hotspots.

To learn more about Hughes Community Wi-Fi Hotspot solutions, come see us at SATELLITE 2019, Booth 1100, where we’ll showcase how consumers, businesses, governments and communities around the world benefit from the connected experiences enabled by Hughes technologies and services, today…and tomorrow.