Satellite has been thought of as the choice of last resort for connecting cell sites to the core network. The high recurring cost of satellite bandwidth along with the ever-growing demand for more and more bandwidth has kept network planners away from considering satellite backhaul as a viable option.

Mobile Network Operators (MNOs) have market opportunities, and in many cases face legal requirements, to provide nationwide coverage. Universal Service Obligations (which are part of the MNO’s license grant) require the MNO to provide mobile service to distant, sparsely populated communities. Such deployments can be challenging because of the lack of any telecom or power infrastructure to support the cell site equipment. Further, revenue from such sparsely populated communities may not be able to cover the cost of the MNO’s infrastructure. On the other hand, there are many affluent communities needing mobile service (such as oil rigs, mining camps, and vacation resorts) who can afford to pay, but are again hampered by their own unique deployment challenges.

Satellite technology is a key enabler of mobile technologies, even in the most remote areas. Satellite can provide instant footprint anywhere on earth. The technology is distance-insensitive and can backhaul 2G, 3G, 4G, WiFi, and other mobile technologies. Conventional satellites, with their wider footprint are a good fit for 2G backhaul, catering to 100’s of kbps of traffic. Emerging High Throughput Satellites (HTS) can illuminate the same footprint but with the ability to drop tens of Mbps capacity for 3G and 4G base stations. HTS capacity can even open up suburban and urban markets for mobile backhaul – for instance to fill specific coverage voids or along roadways or waterways.

As mobile technology has evolved, the traffic profile has shifted to effectively all data. Social media, video streaming, web browsing, and file sharing dominate the traffic through the internet. More and more of this traffic is carried on mobile networks, which have to be engineered differently than the legacy voice networks. In fact, 3G and 4G traffic is mostly web dominated and asymmetric in nature.

Satellite is ideally suited to carry asymmetric data. The forward direction can carry 100’s of Mbps, multi-casted to the VSAT terminals, while the traffic in the reverse direction can share traffic on common channels. For heavy traffic sites, the VSATs can even support ‘nailed-up’ channels so that the capacity is available exclusively to the VSAT. The bottom line – VSATs and mobile backhaul are a perfect match.

As illustrated, 3G started the rush to offer higher and higher speeds for mobile users. As mobile apps took off (Facebook, YouTube, Netflix, Skype, and so on), the demand for higher and higher speed became insatiable. HTS, able to carry 100s of Mbps of capacity in every beam, offers the ability to satisfy the hunger for mobile speed. Satellite is no longer a choke point for high-speed mobile backhaul. And with the order of magnitude increase in satellite capacity but at almost no incremental cost of the spacecraft, the cost per bit of HTS service is much lower, eliminating any hurdles for using satellite for mobile backhaul.

Satellite backhaul is a natural fit for mobile backhaul. The technology gives instant connectivity anywhere in the world. The capacity constraint is removed with the advent of HTS. Mobile users can be brought on line in a matter of hours and be a part of the Global community. Mobile operators need not be constrained in expanding their coverage footprints. Let satellite communications bring more and more people together. 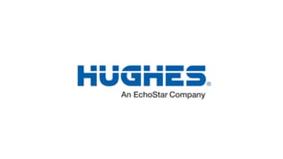