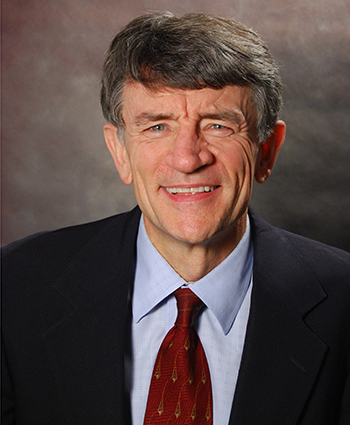 Adrian Morris is executive vice president of the Engineering Division at Hughes Network Systems, LLC (HUGHES) where he is responsible for managing the division and leading the engineering teams in the development of products.

Mr. Morris’ career at Hughes began in 1982 as a hardware designer for the TDMA (Time Division Multiple Access) product lines, as well as DAMA (Demand Assigned Multiple Access) and FDMA (Frequency Division Multiple Access) products. He was the systems and project lead on a number of first-to-market systems, including the SCPC (Single Channel per Carrier) TES™ (Telephony Earth Station) product and the Italsat SS-TDMA (Satellite Switched TDMA) system. He has been involved in the design of mobile satellite communications for over 15 years and led the engineering team on the Hughes digital air-to-ground system developed for ATT, comprising ground systems, gateways, air terminals, and user handsets.

Mr. Morris received a Bachelor of Science honors degree in electrical engineering from Trinity College, Dublin, Ireland and a Master of Science degree in digital techniques from Heriot Watt University, Edinburgh, Scotland. He worked as a hardware designer at Ferranti Electronics and Electro Optics Systems Division before joining Hughes. He holds a number of patents in digital communications, has several published papers, and has presented at a number of technical conferences. Mr. Morris is a member of the IEEE.